I recently found myself strapped for cash. In an effort to pull things together, I started looking at some of my pro audio equipment, wondering: can I get a cheaper version of this so I can sell this?

Among the items I looked at were my microphones, specifically, my sE Electronics 2200a. It’s a large diaphragm condenser mic, that I use on absolutely everything: guitars, vocals, percussion…even drums! I truly regard it as the one mic to rule them all.

But, I knew there were cheaper versions available. The cost of the 2200a put it in an intermediate or professional price range. I’m not a professional, I’ll never make a hit record, so such a good mic is wasted on me.

And, more importantly to me, I knew I could make some money through selling it, and getting a cheaper equivalent.

As ever, I did plenty of research into what I might get.

Before we begin, make sure you’re ordering MXL V67G from a legitimate retailer, NOT from a counterfeit seller. For your convenience, here is the Amazon link to an authentic MXL V67G retailer.

Initially, I kept my search parameters to anything under $100, and displayed results from low to high. There were a few solutions for as low as $20 or $25. But, I wasn’t familiar with the brand names. That’s not something that inspires confidence when I’m making a decision on purchases.

Additionally, I’m a little skeptical of paying for the cheapest of anything. I feel it increases the chance of the product being garbage.

I kept looking, as the prices of my search got higher, and I came across the V67G from MXL.

Obviously, because that’s how I was searching, the first thing that caught my eye was the price – $62.80 at the time. Additionally, I was familiar with the MXL brand, and I’d never heard anything bad about them – also a positive point.

And the final point that caught my attention… well, look at it! Among all the blacks and grays of pro audio gear, here was a microphone that seemed to be having a bit of fun with itself, with a green and gold finish. I certainly wouldn’t struggle to find it among the rest of my gear!

I read a few online reviews, and watched a few videos of the V67G in action, and I was satisfied that it was a good enough microphone for me needs. And, if I got it, and then sold my 2200a, I’d make over $100. Wins all around!

To be completely honest, I’m not much of a numbers guy. I don’t know what most of these mean, and I don’t have the patience to find out. I very much need to see things in action, and get a feel for them before I get it.

And with that philosophy in mind, I clicked “Buy now,” and away I went!

When the V67G first arrived, and I held it in my hand, I think I was most surprised by its weight. I mean, I’ve held plenty of microphones, but I don’t know… I guess the price made me think it would be flimsy and therefore lightweight.

But it wasn’t. I mean, it wasn’t in the same ballpark as the Shure 55SH, but it was certainly around the same as the 2200a that it was intended to replace.

Of the accessories that came with it, I liked the case and the adapter for narrower mic stands. The clip that came with it for holding it on the mic stand felts incredibly flimsy though. I think that was my only question mark on it: I was – and still am – wondering if I’ll need to replace it with a proper shockmount.

The first thing I used the V67G for was recording some guitar, specifically my Gibson ES335, through a tube amp. I can say with 100% honesty, my unprofessional ears couldn’t have told you the difference between it and the 2200a.

So, as professional producers wouldn’t be caught using such a cheap mic, I guess it’s suffice to say that the V67G is perfectly adequate for home recording hobbyists.

The next thing I used it for was voice. Firstly, I used it to record speech for a podcast. It was perfectly fine. I couldn’t find anything to fault with it, that’s for sure.

The next voice I used on it was for some vocals of a rock song. It wasn’t bad, but it lacked some of the sparkle that I know my voice gets from higher end microphones. But, it wasn’t bad. And going back to the realism of my current circumstances – making music in an apartment for nobody to listen to, in a city with thousands of people doing the same – I figured it would be absolutely fine. There was no detraction from the clarity of the vocal or anything.

Finally, just the other day I recorded some acoustic guitar with it. I recorded two different types of acoustic: a full-size dreadnought, and a ¾ size acoustic. It might just be me, but I felt again like it lacked sparkle.

Unfortunately, I still have to record drums with the V67G, but I’m pretty confident it’ll be fine. It’d be disappointing if it handled everything else I need, and fell and this hurdle.

As noted a couple of times in use, the V67G could sometimes lack the X Factor of an expensive mic. Perhaps in making a mic as const-efficient as this, keeping the tone as flat and rounded as possible is what MXL was going for.

If you have the money for the 2200a or similar, you would definitely go for them over the V67G. But if you’re on a budget – as many of us are – this is absolutely a solid all-rounder of a microphone that will get your creativity recorded.

A great mic for recording on a budget 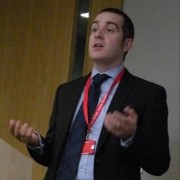